FED UP WITH YOUR NINE-TO-FIVE? 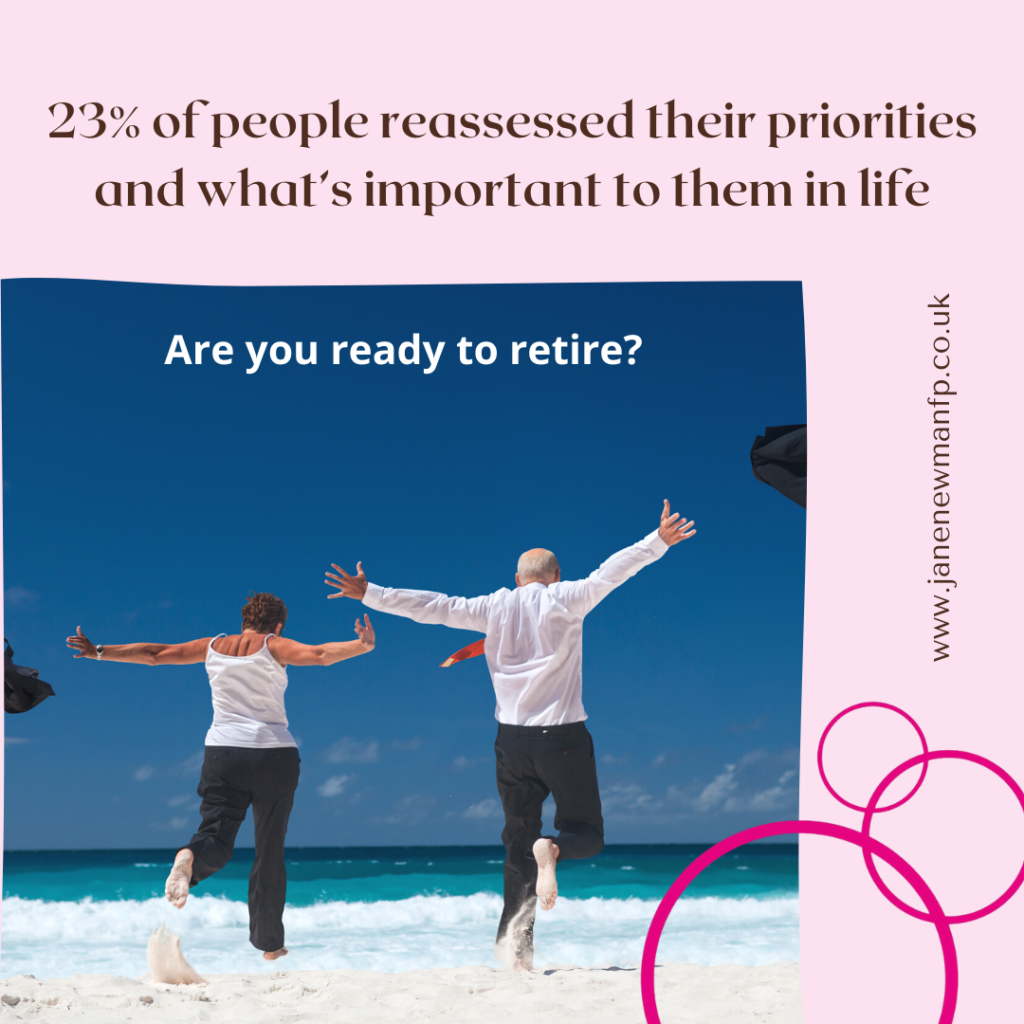 SIXTY IS THE MOST POPULAR AGE TO RETIRE EARLY

Many factors can influence when someone decides to retire. For some, it may be based on health reasons, while others may want to take advantage of government benefits or simply enjoy a more relaxed lifestyle. However, one of the most common factors that determine when people choose to retire is their age.

One in four (25%) are planning to celebrate their 60th birthday by leaving work behind. With the State Pension age currently standing at 66, the findings show one in six (17%) people who have taken early retirement did so when they were 60, making it the most common age to make an early exit from working life.

This is also the most popular target age for people who intend to retire early in the years ahead, with one in four (25%) planning to celebrate their 60th birthday by leaving work behind. The desire to retire early is primarily driven by ‘wanting to enjoy more freedom while still being physically fit and well enough to enjoy it.’

Nearly one in three people (32%) who have retired early or plan to do so gave this reason for embracing a new lifestyle. Financial security is the second most common factor prompting people to embrace retirement. More than one in four (26%) early retirees say their decision was a result of ‘being in a financially stable position’ so they can afford not to work.

The influence of money matters is also visible in people’s choice of early retirement age. One in five (20%) people targeting early retirement have set their sights on 55 to make the transition from working life. This is likely to be influenced by their ability to access their pension savings from this age.

‘TOO TAXING AND STRESSFUL’

Other key factors encouraging people to seek early retirement include reassessing their priorities and what’s important to them in life (23%), wishing to spend more time with family (20%) or finding they are either ‘tired and bored’ of working (19%) or find it ‘too taxing and stressful’ (19%).

The research suggests the impacts of early retirement are wide-ranging and broadly positive in many areas of life. Most notably, more than two in three (68%) people who have retired early say their happiness improved as a result. In terms of the world around them, 44% of early retirees say their family relationships improved and 34% reported improvements in their friendships.

When it comes to their health and well-being, more than half report that early retirement has delivered a boost to their mental well-being (57%) and half (50%) say their physical wellbeing improved.

However, the findings suggest these benefits come at a cost, with nearly half of early retirees finding their finances worsening as a result (47%).

Women are the most likely to have felt a negative financial impact from retiring early (50% vs. 44% of men). Across both genders, only 22% feel they have benefited financially from their decision to retire early.

Among those people who have retired early, one in three (32%) identify having a defined benefit (final salary) pension among the main measures that enabled them to take retirement into their own hands. This suggests the concept of early retirement may get harder for younger generations to achieve, with the majority of the private sector workforce now saving into defined contribution pension schemes.

However, the findings suggest that people can still take positive steps to make an early retirement possible. Paying off your mortgage (30%) is identified as the second most common stepping stone to retiring early, while almost three in ten early retirees (29%) say saving little and often was one of their main strategies. Nearly one in five (19%) say they also saved extra whenever they received a pay rise or a bonus during their working life.

19% – Saving extra whenever receiving a pay rise or bonus

WANTING A NEW SENSE OF PURPOSE

Among those who take early retirement, the research also reveals there is a small contingent who have returned to work (17%) or envisage themselves doing so in the future (15%). Over one in four (27%) cite the reason for returning to work is because they ‘wanted a new sense of purpose’, making this the most frequent driver, followed by ‘missing the company and social interactions with colleagues (26%).

However, a similar number (24%) of early retirees find themselves heading back to work having experienced financial issues.

While happiness soars in retirement, many people find their finances take the strain when they retire early and money worries are one of the biggest factors resulting in people returning to work. If you aspire to retire early, it’s vital you plan your finances to be sustainable for the long term.

WHAT DO YOU NEED TO DO TO RETIRE EARLY?

The dream of an early retirement is very much alive and kicking, but there are many factors to consider along the way and the current uncertainty about the future does not make this an easy decision. For further information or to discuss your requirements, please contact us.

Ready to find out more?

Get in touch today to speak to one of our friendly team members.

Get in touch
Give us a call

The guidance and/or advice contained within this website is subject to the UK regulatory regime and is therefore primarily targeted at consumers based in the UK.

We use cookies on our website to give you the most relevant experience by remembering your preferences and repeat visits. By clicking “Accept”, you consent to the use of ALL the cookies.
Cookie settingsACCEPT
Manage consent

This website uses cookies to improve your experience while you navigate through the website. Out of these, the cookies that are categorized as necessary are stored on your browser as they are essential for the working of basic functionalities of the website. We also use third-party cookies that help us analyze and understand how you use this website. These cookies will be stored in your browser only with your consent. You also have the option to opt-out of these cookies. But opting out of some of these cookies may affect your browsing experience.
Necessary Always Enabled
Necessary cookies are absolutely essential for the website to function properly. These cookies ensure basic functionalities and security features of the website, anonymously.
Functional
Functional cookies help to perform certain functionalities like sharing the content of the website on social media platforms, collect feedbacks, and other third-party features.
Performance
Performance cookies are used to understand and analyze the key performance indexes of the website which helps in delivering a better user experience for the visitors.
Analytics
Analytical cookies are used to understand how visitors interact with the website. These cookies help provide information on metrics the number of visitors, bounce rate, traffic source, etc.
Advertisement
Advertisement cookies are used to provide visitors with relevant ads and marketing campaigns. These cookies track visitors across websites and collect information to provide customized ads.
Others
Other uncategorized cookies are those that are being analyzed and have not been classified into a category as yet.
SAVE & ACCEPT
Menu